The National Museum in Warsaw presents "An Exhibition That Was Not Existed ... Ignacy Łopieński (1865-1941) - graphic art creator". The exhibition refers to the exhibition of this artist's works, which was planned to take place in autumn 1939 at the National Museum in Warsaw, but its opening prevented the outbreak of war. In the photo, a hand study (Munich, 1889-1890) probably modeled on an 18th century engraving, is the earliest dated independent work of Łopieński, which was primarily a graphic exercise. It presented the possibilities of copperplate in rendering various materials, objects and the human body (exhibition catalog of the National Museum in Warsaw, Warsaw 2019, p. 66). Ignacy Łopieński, a somewhat forgotten Polish graphic artist, painter, sculptor, perfected his workshop at the Warsaw School of Drawing, then studied at the École d'Art Appliqué Paris and at the Academy of Munich. He performed various dimentions of prints using intalgo techniques (etching, aquatint, engraving, drypoint, mezzotint, photogravure). 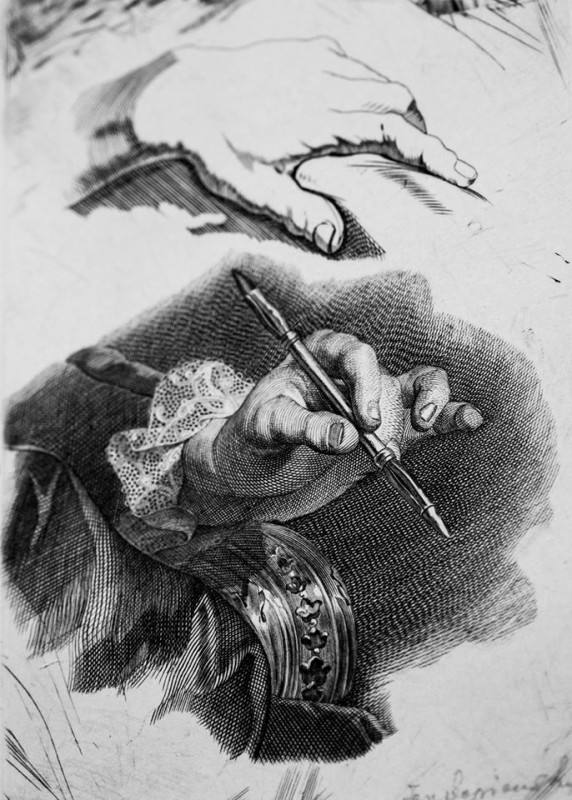