The concerts at the National Philharmonic in Warsaw are postponed due to coronavirus pandemic in Poland, but the music officers of the guard invincibly remain at their positions - Fryderyk Chopin (on the left) and Stanislaw Moniuszko (on the right). The National Philharmonic in Warsaw occupies a building erected at the beginning of the 20th century at Jasna Street. The building itself - in the eclectic style, modelled on the Paris Opera - was designed by architect Karol Kozlowski.The Second World War interrupted the Warsaw Philharmonic music role. During the war, the building was completely destroyed, and almost half of the orchestra members lost their lives. The music acivity was recreated after the war in the 1947/48 season. The reconstruction of the building was completed in 1955. The National Philharmonic has two halls: the Concert Hall (with 1072 seats) and the Chamber Hall (with 378 seats). 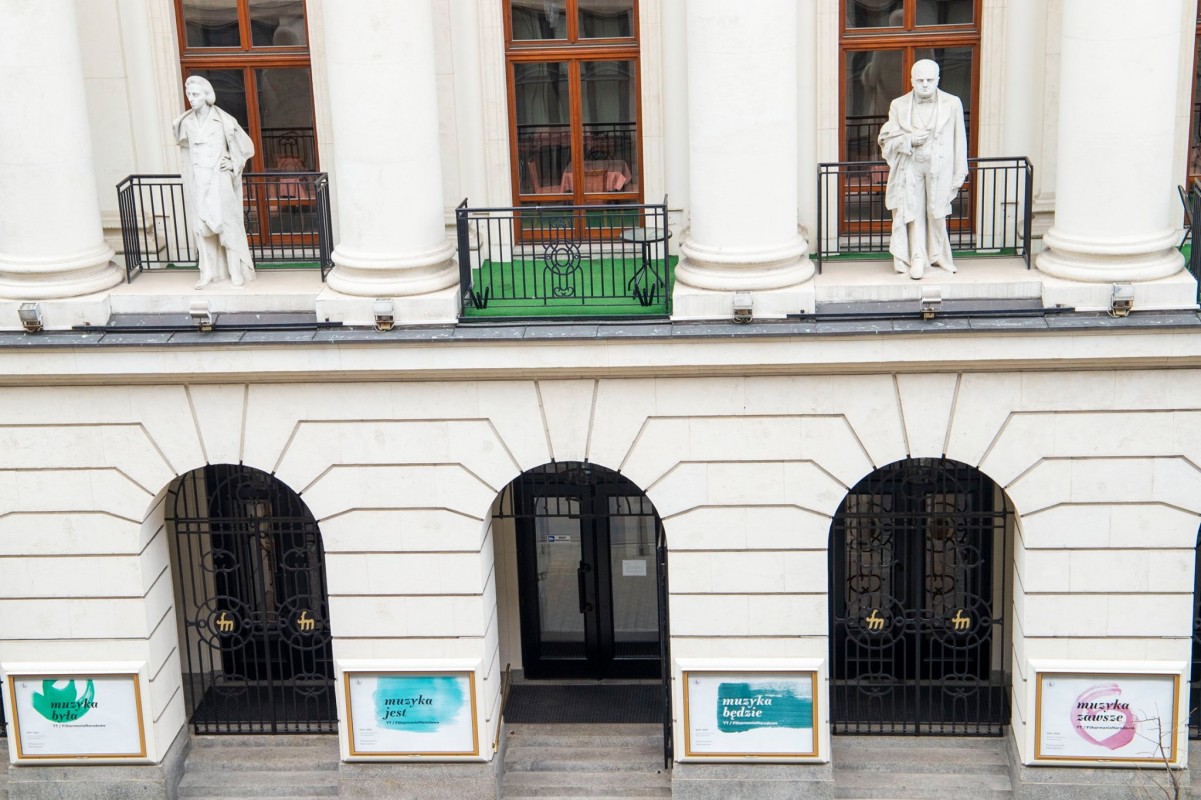